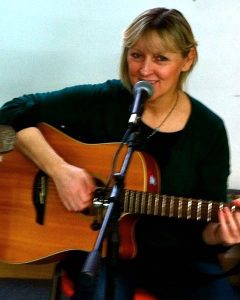 Caroline has been playing music with children for nearly 25 years. She began when her second child, Oliver, was diagnosed with autism and she realised how well he responded to music. She helped found an informal music group with the parents of other autistic children and soon began playing her guitar and leading sing-alongs at other schools and nurseries in her area. Caroline, who has three children, now runs her MiniBeat pre-school music sessions in North London several times a week. Caroline has also worked in Special Needs schools across London, playing and singing with children with Autism, and has recently begun working with older people including those with dementia.

A new integrated group is also in the making, for adults with autism and their families and friends to get together regularly, and enjoy making music with the idea of eventually performing in the community, as well as many other new musical ventures…all very exciting!

Caroline has recently released a NEW CD, a collection of her own original songs written recently, 'My Imagination and Me', which can be accessed and purchased on www.minibeatmusic.com.

There is still much more to come! 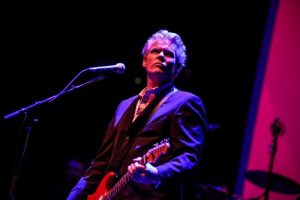 Neal was a founder member and lead guitarist of Sigue Sigue Sputnik, the electronic cyberpunk band whose hits and hairstyles topped the charts in the late eighties.
He went on to become a successful session player, producer and writer with artists across the world.  He continues to work as guitarist and musical director for Marc Almond OBE as well as fronting his own rock 'n' roll band - The Montecristos. His hair now (almost) under control, Neal lives in London with his wife and two children – Jack, 15, and Natasha, 13.
As a father and professional musician, Neal sees music as a powerful way of stimulating, inspiring and amusing children.